How Can We Help You?

How Can We Help You?

UPDATE: MISSING TODDLERS LOCATED. As part of the on-going search for the missing toddlers, a San...
Read More

Missing Person Case Determined to be a Homicide 18-006

On June 24, 2017 the San Francisco Medical Examiner's Office responded to a warehouse in Hayward...
Read More

On June 24, 2017 at approximately 10:00 AM, San Francisco Police investigators and canine teams from...
Read More

Captain Dominic Yin was born in Japan and raised in Taiwan before settling in San Francisco, where he attended Lowell High School. After graduating from the University of California at Berkeley, he earned a law degree from the University of California at Los Angeles. He went on to serve in the United States Naval Reserve as an attorney before joining the SFPD in 1995, where he worked in patrol, administration, the airport and investigations. Yin says he chose a law enforcement career because he didn’t want to sit behind a desk, prosecuting cases, preferring to work directly with the public to help victims of crime.

Yin has graduated from the Supervisory Leadership Institute, the POST Master Instructor Development Program, and the POST Command College. He also holds two graduate degrees, one in Education from San Francisco State University and one in Organizational Theory from the University of San Francisco.

Prior to joining the Special Victims Unit, Yin served as acting captain and night captain at the Airport Bureau. As commanding officer of the SVU, he oversees investigations into domestic violence, sexual assaults, financial crimes, elder abuse, internet crimes against children and missing persons. The SVU is also charged with registering sex offenders.

In addition to his work at the SFPD, Yin has taught a course in Criminal Justice as an adjunct faculty member at City College of San Francisco. He has also written two 40-hour training programs for the department. 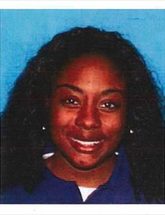