About the SFPD Bayview Station

The Bayview Police District covers one of San Francisco’s largest areas, most of which extends to the east of Highway 101 and south from Channel Street to the San Mateo County line. It includes the residential neighborhoods of Potrero Hill, Dogpatch, Third Street, India Basin, Candlestick, Portola, Bayview and Hunters Point.

The original Bayview Station was built in 1915 to serve residents of Potrero Hill and Bayview. In 1987, voters approved a bond measure to build a new station in a residential neighborhood, at 201 Williams Ave. The new building, which first opened its doors in February 1997, has a distinctive round, high-ceilinged lobby with an octagonal skylight. This station is part of the San Francisco Police Department's Golden Gate Division. 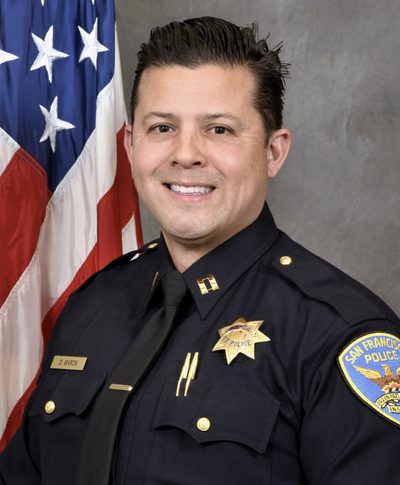 Captain David Maron joined the San Francisco Police Department in 1996. He is a second-generation San Francisco Police Officer following in the footsteps of his father who retired as a Captain in 1997. David completed his Field Training at Mission Station, was assigned to Northern Station for his probation period, and was transferred to Southern Station for his permanent assignment. He became a Field Training Officer and a member of the Specialist Team in 1998. David transferred to the Special Operations Group, Tactical Division in 2002. He served 10 years on the Tactical Team servicing high-risk warrants, crowd control, and department-wide training. David was promoted to the rank of Sergeant in 2012 and was assigned to Ingleside Station where he worked on patrol and investigations. In 2017, he was promoted to the rank of Lieutenant and was assigned to Park Station as the swing watch Platoon Commander. In 2021, David was promoted to Captain and is currently assigned to Bayview Station.

The latest from SFPD Bayview Station 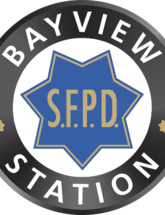