About the SFPD Southern Station

The district was once a mostly industrial area, but in recent years has flourished with new restaurants and bars. It’s also a center of residential development, the home of the San Francisco Giants at AT&T Park and the home of the Golden State Warriors at the Chase Center. As of 2015, the Southern District has also been home to the SFPD administrative offices within the new Public Safety Building in Mission Bay.

The original Southern station was a shack located at 4th and Clara streets. After being destroyed in the 1906 earthquake, it reopened in 1926 as an elaborate Spanish Baroque style building designed by Albert Coffey. In 1961, Southern Station was relocated to the first floor of the Hall of Justice, and in 2015 moved once again, this time into the new Public Safety Building at 1251 3rd Street. This station is part of the San Francisco Police Department's Metro Division. 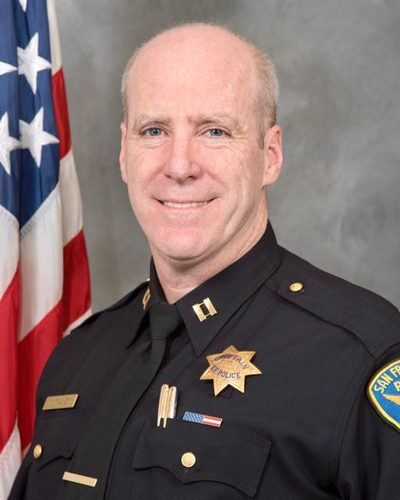 Captain Timothy Falvey was born in San Francisco and raised in South San Francisco, where he graduated from El Camino High School. He earned a Bachelor of Science degree in Accounting at the University of San Francisco and worked for seven years as an accountant before deciding police work was more interesting. Falvey’s grandfather, two uncles, three cousins, one cousin's husband and one of his best childhood friends had all served in the SFPD and seemed to enjoy their jobs.

The latest from SFPD Southern Station 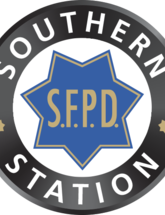