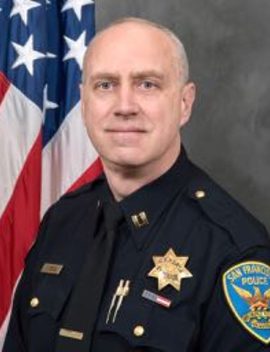 Captain Chris Pedrini is a San Francisco Bay Area native who was raised in a family in which nine members, including his uncle and father, have been current or retired law enforcement officers. He was drawn to police work at an early age, he says, “because I wanted to help people by providing for their safety. It is a duty and responsibility I felt strongly about then and still feel strongly about today." He holds a Bachelor of Arts degree in organizational leadership from Colorado State University and a master's degree in security studies from the Naval Postgraduate School in Monterey, California.

Pedrini began his law enforcement career in 1990, serving in police departments in Half Moon Bay and Daly City before transferring to the SFPD in 1994. Since that time he has worked in uniformed patrol, plainclothes, investigations, risk management, administration and homeland security.