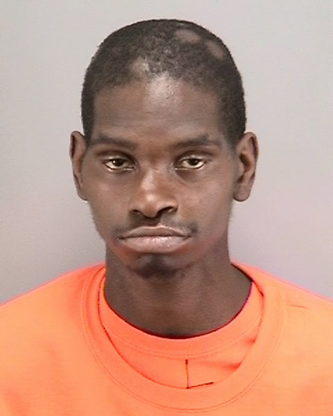 On March 9, 2020 at 10:10PM Officers responded to the 1900 block of 15th Street regarding a suspect who assaulted a victim. Officers made contact with the victim who was injured and distraught from the incident.

The victim was asleep when she was awakened by noises coming from a male outside her window. The victim asked for the male to leave but the male immediately threatened to throw a rock at her. Within seconds the male hurled a rock at the victim, which shattered the glass window and struck the victim’s face. The male suspect then fled on foot southbound on Landers Street.

Images of the suspect were shared with patrol officers in effort to identify the suspect. An officer familiar with the suspect, identified the suspect as 35 year-old Kevin Coleman, and knew Coleman to frequent the upper Market Street & Castro neighborhood.

On March 10, 2020 at approximately 8:54PM the investigating officer assigned to the Mission District and his partner were patrolling on the 2200 block of Market Street when they located Coleman walking. The officers immediately detained Coleman and developed probable cause to arrest him for the vandalism and assault. Coleman was booked for the felony charges of assault causing great bodily injury and vandalism. A booking photo of Coleman accompanies this release.

While an arrest was made this remains an open investigation. Anyone with information regarding this incident is asked to call the SFPD 24 Hour tip line at 1-415-575-4444; Text a Tip to TIP411 and begin the text message with SFPD. You may remain anonymous.