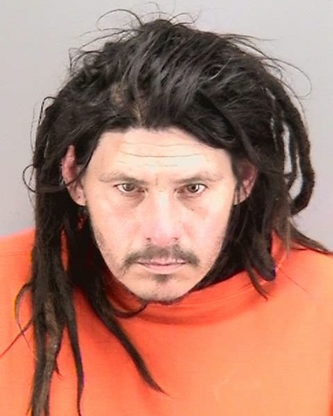 On Wednesday, December 4th, 2019, San Francisco Police Department Central Station officers were notified of a string of burglaries in the Central district, with a suspect identified as 43-year-old transient Chad Waltman. A photo and a description of Waltman were included in the notification.

As officers were conducting a routine patrol of the district, they recognized the suspect on the 600 block of Market Street. Officers immediately placed Waltman into custody. During their initial search, burglary tools were found on the suspect.

Waltman, who also had an active felony warrant for burglary, was booked at San Francisco County Jail for possession of burglary tools, burglary, and grand theft.

On December 6, 2019, members of the SFPD Burglary Unit arrested Waltman at the San Francisco County Jail on a series of commercial burglaries spanning over the last month. Waltman has been identified in five commercial establishment burglaries in the Central District and one in the Mission district.

A booking photo of Waltman accompanies this news release.

While an arrest has been made in this case, anyone with information is asked to call the SFPD 24hour tip line at 1-415-517-4444 or Text a Tip to TIP411 and begin the text message with SFPD. You may remain anonymous.