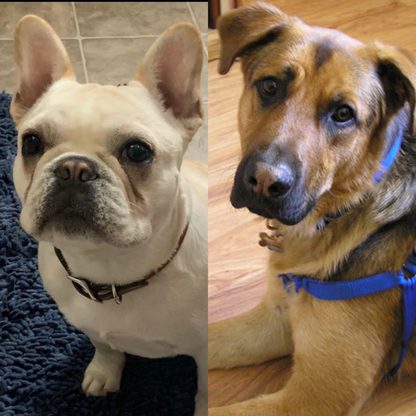 San Francisco Police investigators are asking for the public’s help in locating two stolen dogs and returning them to their families.

On June 29, 2020, a French Bulldog name Tubby left his home on the 1900 block of Greenwich Street and has not returned. Tubby is one-year-old and is described as a light tan in color. He was wearing a brown leather collar with his name on the tag.

As of July 2nd, 2020, Tubby has not been located. San Francisco Police Department’s Northern Station Investigation Team (SIT) has initiated a theft investigation. A photo of Tubby accompanies this news release.

On June 25, 2020, at approximately 12:58 PM, an 82-year-old male victim entered the SFPD Park District Station to report that his roommate had taken his dog “Koa” for a walk in Golden Gate Park. The roommate, 54-year-old Jeffery McChesney returned home without Koa and told the victim that another dog owner had taken the dog. Through the course of an investigation, Richmond Station investigators developed probable cause to believe that McChesney gave Koa to a third party in the area of Stow Lake or 19th Avenue. The third-party has been described as a petite female with buzzed brown hair and is believed to be transient in the area of Stow Lake. On July 1, 2020, SFPD officers arrested McChesney for 487f PC (theft of a dog not exceeding $950) and 368(d)(2) PC (elder abuse/theft or embezzlement).

Koa is a microchipped 4-1/2-year-old German Shepherd-Labrador weighing approximately 100 pounds, has extra toes on his rear paws, and is black and brown in color. Unfortunately, a clear photo of Koa is not available. However, a photo depicting a GSD/Labrador mixed breed dog accompanies this news release.

Anyone with information regarding the whereabouts of Tubby or Koa, and can help us reunite them with their families is asked to contact the SFPD tip line at 1-415- 575-4444 or Text a Tip to TIP411 and begin the text message with SFPD. You may remain anonymous.