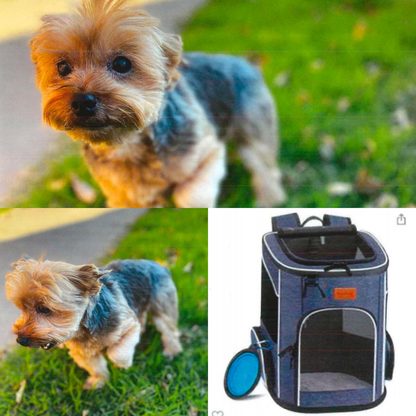 On June 10, 2021, at approximately 10:15 p.m., San Francisco Police officers assigned to the Central Police District met with the victim of an auto burglary at Central Station.

The victims told officers that they had parked their Lexus sedan on North Point Street near Powell Street, leaving their dog, “Leo” inside the car. When they returned, they found that an unknown suspect had broken a window and stolen Leo who was in a soft, nylon-style dog carrier. The suspect(s) also stole a suitcase.

Leo is a 10-year-old, multi-colored Yorkshire Terrier who has some minor health issues. A photo of Leo accompanies this news release.

SFPD investigators are asking for the public’s assistance in locating Leo and reuniting him with his family. Anyone with information on this incident or having information regarding Leo’s whereabouts is asked to call the SFPD Tip Line at 1-415-575-4444 or Text a Tip to TIP411 and begin the text message with SFPD. You may remain anonymous.