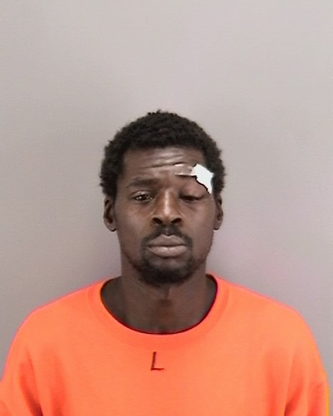 On August 16, 2019 at approximately 3:40AM, San Francisco Police officers responded to the 1300 block of Van Ness Avenue regarding a possible person down.  Upon arrival, officers and San Francisco Fire Department personnel located 42 year-old San Francisco resident Curtis Neal on the sidewalk of Fern Alley near Van Ness Avenue. Neal appeared to be suffering from stab wounds to the torso and was transported to Zuckerberg San Francisco General Hospital (ZSFGH) where he later died.

Through the course of an investigation, SFPD officers from Northern Station identified the suspect who had been involved in a physical confrontation with Neal that led to the stabbing. Homicide investigators interviewed and booked 38 year-old Tony Shervaughn Phillips at San Francisco County Jail on the charge of homicide. His booking photo accompanies this news release.

While an arrest has been made, this remains and active and open investigation.  Anyone with information is asked to call the SFPD 24 hour tip line at 1-415-575-4444 or Text a Tip to TIP411 and begin the text message with SFPD.  You may remain anonymous.