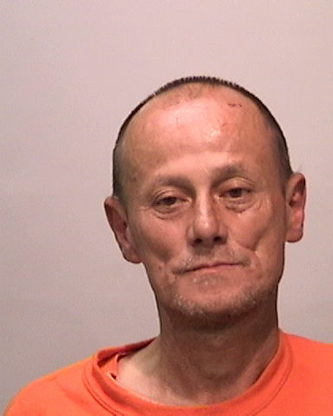 On July 13, 2019 at approximately 11:00PM, a San Francisco police officer at Richmond District Police Station took a report of a stolen dog.  The victim, a 34 year-old San Francisco resident reported that her Golden Retriever “Lily” had been stolen from the 1700 block of Post Street at approximately 5:00PM.  Surveillance video showed the suspect approach Lily, untie her leash from a pole and take her from the scene.

Investigators at SFPD’s Northern District Police Station began an investigation that included distribution of crime alert bulletins within the police department.  The victim also reached out for help via social media and the story of Lily’s theft was covered by local news media.

On July 14, 2019 at approximately 10:20PM, an SFPD traffic officer saw a couple walking a Golden Retriever in the area of Mason Street and Ellis Street and recognized the dog as Lily. Officers determined that the couple had found Lily in the area of Golden Gate Avenue and Jones Street on July 13, 2019 at approximately 10:30PM and had made social media posts regarding Lily in hope of reuniting her with her owner.  Lily’s owner was notified, responded to the scene and the two were reunited.

On July 23, 2019 at 5:25PM, officers assigned to Northern Station responded to the 1600 block of Franklin Street regarding a subject using a hammer to break windows of parked vehicles.  The officers detained a person matching the suspect description near Sacramento Street and Octavia Street. The officers determined there was insufficient evidence to link the subject to the vandalism but arrested him on outstanding theft warrants.

Northern Station officers realized that the suspect Le Van Loc, a 53 year-old San Francisco resident, resembled the dog theft suspect.  Investigators from the Northern Station Investigation Team (SIT) developed probable cause to arrest Loc in connection with the theft of Lily.  Loc was booked on the charge of grand theft of a dog (felony).  His booking photo accompanies this news release.
While an arrest has been made, this remains and active an ongoing investigation.  Anyone with information is asked to call the SFPD 24 hour tip line at 1-415-575-4444 or Text a Tip to TIP411 and begin the text message with SFPD.  You may remain anonymous.