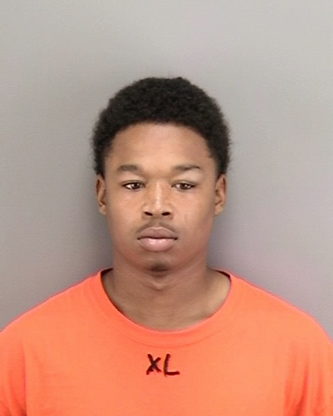 On February 24, 2020, the San Francisco Police Department was made aware of a video circulating on social media that depicted the robbery of an Asian man who was collecting recyclables in the Bayview District. The Bayview Station Investigations Team (SIT) immediately initiated an investigation which has since been assigned to the SFPD Special Investigations Division (SID).

The incident took place on the Unit block of Osceola Lane on Saturday, February 22nd 2020 at approximately 5:30 PM. The victim, a 68-year-old male, was struck on the back of the head. He had a complaint of pain but no visible injury. The loss was a cart full of recyclables.

On February 27, 2020, at approximately 8:15 AM, SFPD officers took 20-year-old Dwayne Grayson into custody in front of his residence on the 100 block of Kirkwood Avenue. He was booked at Bayview Police Station on the charges of robbery, elder abuse, a probation violation for a prior robbery conviction and a hate crime enhancement. Grayson was the individual who also recorded and posted the incident on social media. The booking photo from his 2019 arrest accompanies this news release.

This arrest is the direct result of cooperation and assistance from the community and efforts by officers assigned to Bayview Police Station and the Special Investigations Division who have been working tirelessly to identify the involved parties.

Investigators have identified the other suspect in the incident and actively searching for him.

While an arrest has been made, anyone with information regarding this incident is asked to call the SFPD 24-hour tip line at 1-415-575-4444. Language access services are available through this phone number. You may also Text a Tip to TIP411 and begin the text message with SFPD. Callers may remain anonymous.