As part of the San Francisco Police Department’s commitment to transparency and accountability, and in compliance with San Francisco Administrative Code Chapter 96A, Law Enforcement Reporting Requirements, SFPD has released the third Quarter, (July, August and September 2019), Use of Force, Arrest and Police Encounters Report.

“We know that our focus on de-escalation and proportionality is creating more positive outcomes,” said San Francisco Police Chief William Scott. “San Francisco continues to see a decline in violent crime, thanks to our continued collaboration with the public. From our foot beats to our station staff, we are committed to working with our communities to increase trust and build an even safer San Francisco.”

Other highlights from the report: 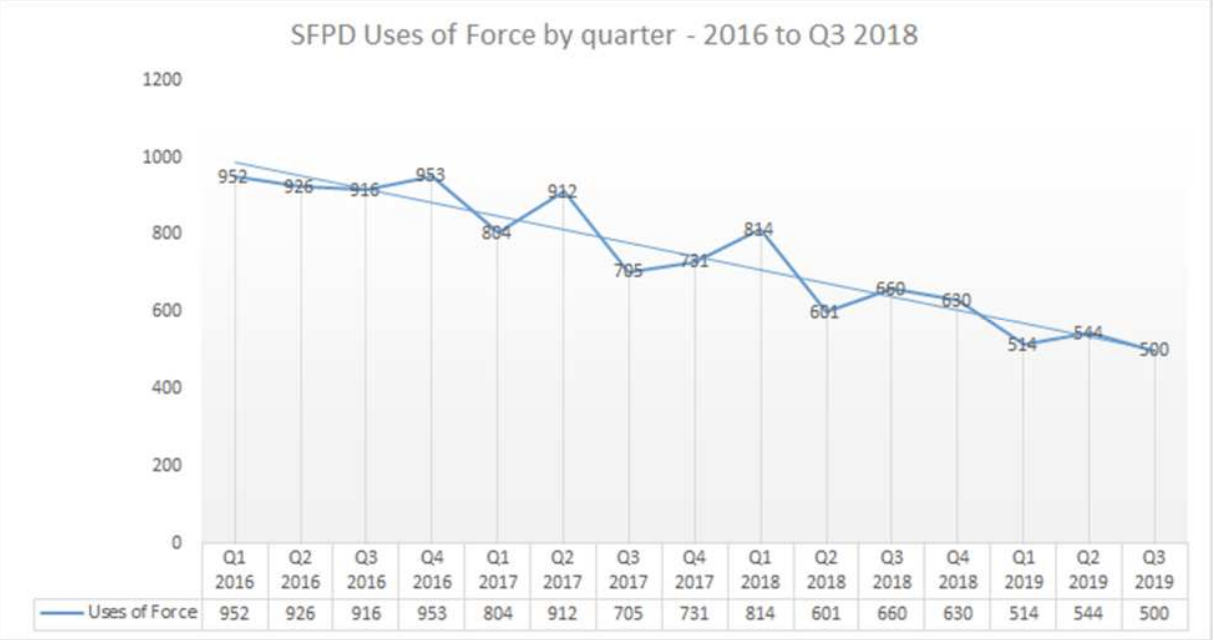 Assaults against San Francisco police officers increased 7 percent in comparison to the third quarter of 2018. As of September 20, 2019, 1,122 sworn members have completed Crisis Intervention Team (CIT) training, which teaches officers how to effectively manage crises in the field to de-escalate situations and obtain a safe and positive outcome for the officer and the community member. The department this year also introduced Critical Mindset Coordinated Response training to further enhance crisis response strategies.

San Francisco Administrative Code, Chapter 96A requires local law enforcement to publish data relating to the use of force, arrests and encounters with members of the public. This data is required to be submitted quarterly to the Mayor, the Board of Supervisors, the Police Commission and the Human Rights Commission.

A copy of the report is available on our website: