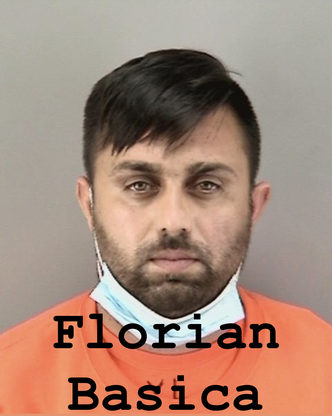 On Friday, May 15, 2020, San Francisco Police officers from Taraval Police Station responded to a robbery that occurred at approximately 3:20 PM on the 1500 block of 23rd Avenue. The 75-year-old victim was walking on the sidewalk when a male suspect approached and attempted to place a necklace onto the victim. As the suspect placed jewelry on the victim, he grabbed the victim’s necklace and removed it from the victim’s neck. The suspect ran to a nearby vehicle that was driven by a second suspect and fled the scene. Investigators were able to locate surveillance video that captured the images of the robbery and the suspect’s vehicle.

On Monday, May 18, 2020, San Francisco Police officers took a report of a robbery that occurred at approximately 4:30 PM on the 1800 block of 29th Avenue. The 94-year-old victim was walking on the sidewalk when a vehicle approached the victim. A male and female exited the car. The male and female suspects restrained the victim which prevented her from moving. The suspects removed the victim’s necklace and bracelet. The suspects ran back to their vehicle and fled southbound on 29th Avenue. The victim remained at the scene and the suspects returned a few minutes later. The female suspect approached the victim and attempted to give her items of jewelry but returned to the car and fled the scene.

On Wednesday, May 20, 2020, TNT officers notified the California Highway Patrol (CHP) that the vehicle was in Southern California. CHP officers located the vehicle and conducted a traffic stop on the Stockdale Highway near Bakersfield. There were two occupants in the vehicle. TNT investigators responded to Bakersfield with an additional search warrant. Upon arrival, TNT officers met with CHP officers and searched the vehicle. The search resulted in the seizure of several items of jewelry, which were used in the robberies, and other miscellaneous property. TNT officers arrested the driver, identified as 33-year-old Florian Basica, and detained a juvenile female. Family members of the juvenile were summoned to the scene and the juvenile was released to a family member.

A booking photo of Basica accompanies this news release.

"I'm enormously appreciative to the Taraval Neighborhood Team for conducting a thorough investigation with SFPD's Special Victims Unit and other law enforcement agencies. TNT demonstrated skill, tenacity, and professionalism in their investigation, successfully apprehending a suspect in this robbery series. Kudos to TNT for working tirelessly to protect the most vulnerable senior citizens in our community. My appreciation also to Supervisor Gordon Mar, a valued partner to Taraval Station and its officers, for his engagement on a case of great concern to our communities," said Captain Nicholas Rainsford, Commanding Officer of Taraval Police Station.

“I commend Captain Rainsford, Taraval Station officers, and other SFPD units for their coordinated and comprehensive investigation that led to the arrest of the suspect. My office was in close coordination with SFPD early, and I’m impressed how they identified, tracked, and captured the suspect in Bakersfield. This case is very important to District 4 residents who have expressed increasing concerns about robberies and other property crimes during shelter in place. The arrest will make a real difference to help protect the safety of our communities," said Supervisor Gordon Ma, District 4.

While an arrest has been made these investigations remain open. Anyone with information about this incident is asked to call the SFPD 24-hour tip line at 1-415-575-4444 or Text a Tip to TIP411 and begin the text message with SFPD. You may remain anonymous.