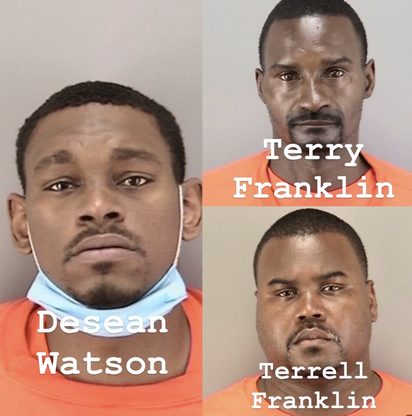 On Saturday, April 11, 2020, at approximately 5:40 PM, San Francisco Police officers assigned to Bayview Station responded to the 1500 block of Oakdale Avenue for a report of a shooting. Officers met with a female victim who said that she was home when she heard the sound of gunfire outside. A bullet went through her window. The victim said she grabbed her two children and ran to the back of the house. Officers located bullet fragments and spent shell casings from multiple guns in the area.

Booking photos of the suspects accompany this news release.

While arrests have been made, this remains an open investigation. Anyone with information is asked to call the SFPD 24-hour tip line at 1-415-575-4444 or Text a Tip to TIP411 and begin the text message with SFPD. You may remain anonymous.