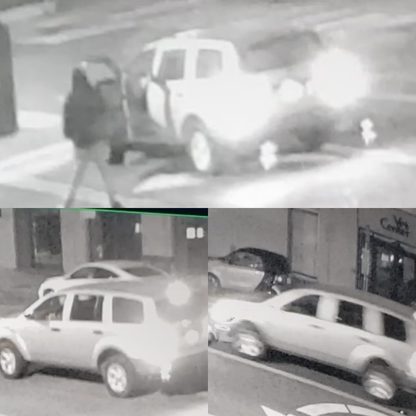 On Sunday, July 18, 2021, San Francisco Police officers from Northern Station responded to the area of Polk Street and Golden Gate Avenue for a report of a person down in the roadway. Personnel from the San Francisco Fire Department were the first on scene. Medics located a 58- year-old male victim in the roadway. The victim was transported to a local hospital with life-threatening injuries where he would later recover. Officers arrived on scene and determined that the victim was struck by a vehicle that fled following the collision.

The SFPD Traffic Collision Investigation Unit is leading the investigation. Investigators believe that a light-colored SUV, possibly being operated by a black male in his 20’s with dreadlock hair, was involved in the collision. The suspect vehicle was also occupied by an unidentified black female passenger. The preliminary investigation determined that after the victim was struck, the suspect driver stopped, got out of the car, looked at the victim, got back in the car, and drove away.

Photos of the suspect and the vehicle accompany this news release.

Person(s) with information regarding these incidents to contact the SFPD via the SFPD 24-hour tip line at 1-415-575-4444, or Text a Tip to TIP411 and begin the message with SFPD. You may remain anonymous.