The San Francisco Police Department will hold a graduation ceremony for the 264th Recruit Academy Class and the 266th Lateral Academy class, Friday, July 26th, 2019 at the Scottish Rite Auditorium, 2850 19th Avenue at Sloat Blvd. at 6:00PM. In the 264th class there are 19 SFPD recruits (18 males and 1 female) and there are five male recruits in the 266th lateral class.

In the 264th graduating class, one member has earned a Master’s degree, eight have earned Bachelor’s degrees and one has earned an Associate’s degree.  Five graduates served in the military- two in the U.S. Marine Corps, one in the Navy, one in the Army and one in the National Guard.  Members of the class have previously been employed in loss prevention, food services, construction, IT and as a police cadet.

Several graduates are bilingual in Spanish, Serbian and Cantonese.

Three members of the 266th lateral class have Bachelor degrees and one has an Associate’s degree. One member has served in the Military as a U.S. Marine.

Languages spoken by members of the 266th lateral class include Spanish, Arabic and Toisan.

Class photos of the graduating classes accompany this news release. 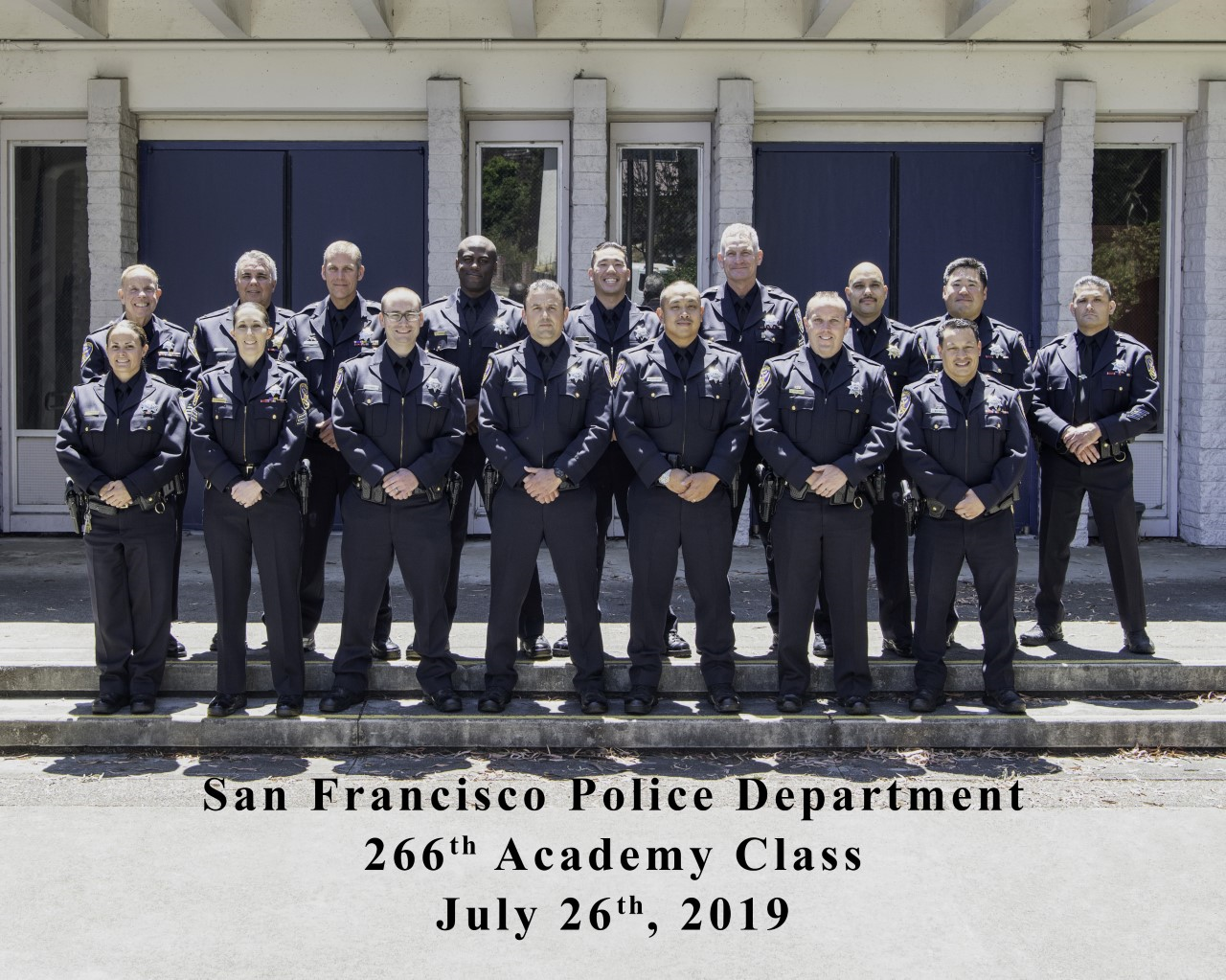 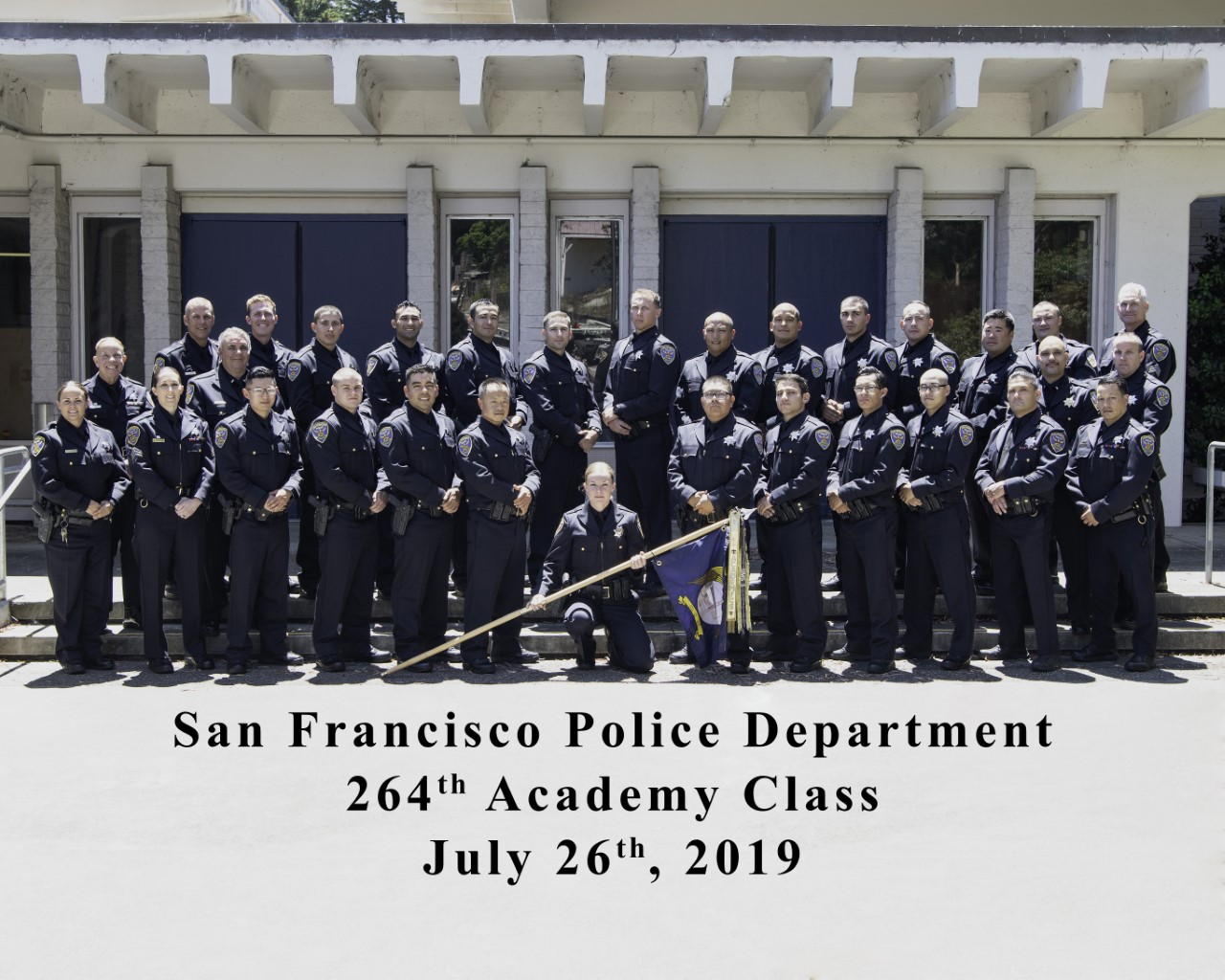