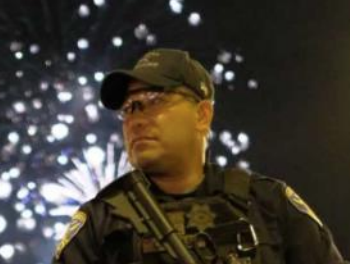 Officer Chicas began his career in law enforcement in 1996. He worked for the Redwood City Police Dept. for 4 years, followed by 13 years with the Belmont Police Department before joining the SFPD in 2013. He has held many specialty assignments during his career and is currently assigned as one of the traffic units for Park Station. Officer Chicas has been a Specialist with the Department’s Special Operations Group for almost 4 years. Officer Chicas enjoys working in the Park District because of the scenery. In his off time he enjoys playing soccer with the SFPD soccer team, ice hockey, working out and enjoys commuting on his bicycle to work.

Tags:
Officer of the Month