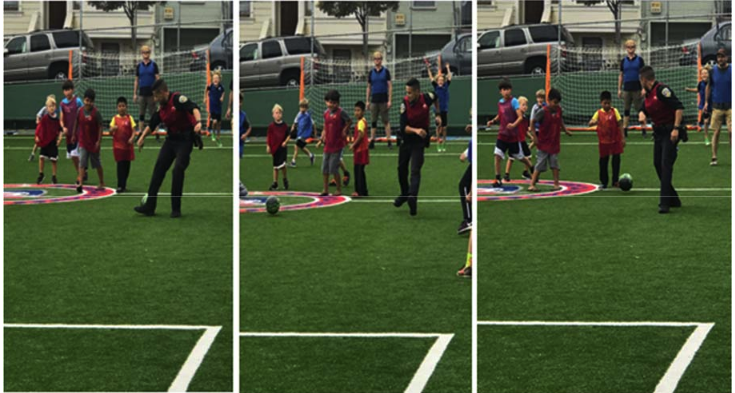 Ofc. Eleonardo Zandanel was born in Pieve di Cadore Italy to an Italian father and a Brazilian mother, so he grew up speaking Italian and Portuguese. He migrated to the United States at age 10 and learned English, Spanish, and French along the way. After graduating from Northeastern University—with a double major in International Affairs and Economics—he then worked at the United Nations during 2 general assemblies in 2011 and 2014. Already an established world traveler, he then went on a motorcycle ride of a lifetime: from Boston to Brazil. There, he found a job at a non-profit. While visiting a friend in San Francisco, he noticed an ad on a Muni bus to join the SFPD and the rest is history.

Tags:
Officer of the Month,
Announcements