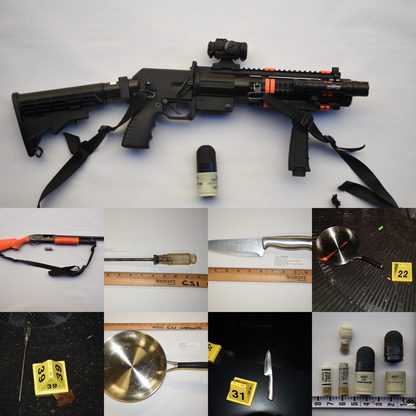 The information provided today regarding these events is based on a preliminary review of Body-Worn Camera and surveillance video; initial statements and interviews; and evidence processed to this point.

The Officer-Involved Shooting (or “OIS”) that occurred Tuesday, November 17, 2020, was preceded by two incidents:

Both incidents occurred in the Tenderloin Police District of San Francisco. The incident involving the knife occurred in close proximity to the officer-involved shooting, both in location and time.

The precise chronology of these events remains a focus of ongoing investigations. As these investigations unfold, we expect to learn more details. The following, however, summarizes events understood as of today: Tuesday, November 24, 2020.

o Mr. Estrada was standing on Market Street near the Powell Street Cable Car Turnaround, holding a large knife in his right hand, and a frying pan in his left hand.

o  Mr. Estrada held the knife in an overhanded or “stabbing” grip.

o At one point, the unknown male with the umbrella is seen running away from Mr. Estrada — who chases the man while making multiple downward stabbing attempts from behind.

o It is unclear from this video if the unknown males were seeking to disarm Mr. Estrada, or if they were all mutually engaged in an altercation.

o Additional video is being sought by investigators

The members involved in this officer-involved shooting are:

In accordance with department policy, all members involved in an OIS are immediately placed on paid administrative leave.