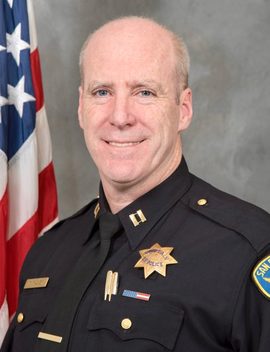 Captain Timothy Falvey was born in San Francisco and raised in South San Francisco, where he graduated from El Camino High School. He earned a Bachelor of Science degree in Accounting at the University of San Francisco and worked for seven years as an accountant before deciding police work was more interesting. Falvey’s grandfather, two uncles, three cousins, one cousin's husband and one of his best childhood friends had all served in the SFPD and seemed to enjoy their jobs.