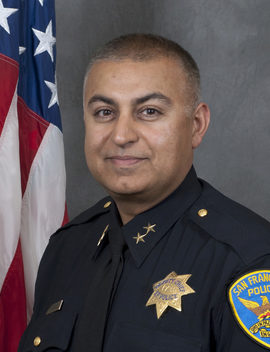 DC Vaswani has a passion for community service, he wanted to become a police officer since he was in 5th grade.   With over 30 years of Law Enforcement experience, he has worked in various neighborhood Stations such as Southern, Bayview, Ingleside, Park, Northern, and Citywide Traffic Company (Solo Motorcycles).   He was the Captain of Park Station and Bayview Station. Some of the specialty assignments he has worked in after patrol are foot/bike beats, public housing, undercover/narcotics/street crimes, legal division, administration, & investigations