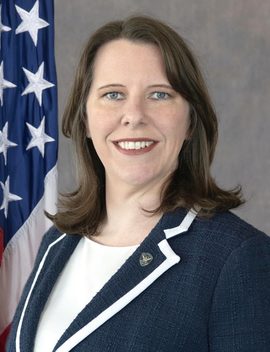 Catherine McGuire grew up in Austin, Texas, but fell in love with San Francisco after visiting relatives who lived here. She later worked at the San Francisco Controller’s Office.

McGuire received her Bachelor of Arts degree in Music Theory and a master’s degree in Public Affairs from The University of Texas at Austin. She got to know the SFPD while working at the Controller’s Office, where she was part of a team that managed the Police Executive Research Forum’s Organizational Assessment. She also led a team that developed an incident-tracking database for crime on public transportation, which helped prioritize resources to the highest-crime stops, routes and times. McGuire subsequently served as finance manager of the Juvenile Probation Department and then as the SFPD’s CFO. Her bureau supports the department by overseeing all Fiscal, Technology, and Change Management efforts.