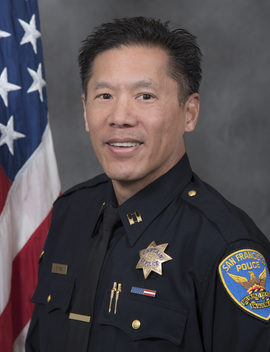 Captain Robert Yick was born in France but grew up in the Richmond District. After earning a Bachelor of Arts degree in Management from Saint Mary's College, he began his law enforcement career in 1992 in the UC Berkeley Police Department. He joined the SFPD two years later, working assignments at Central and Richmond stations. In his roles as inspector, sergeant, and lieutenant, he served in Night Investigations, Domestic Violence, the Operations Bureau and the Internal Affairs Division. After being assigned to Mission Station, where he worked in investigations, he was promoted to captain in October 2017.